Phoksundo Lake which is the deepest lake located at 5600m elevation covering 5km2  of the land endowed with surrealistic natural beauty that has a paraphernalia of flora and fauna for the eyes and cameras. Kangmala Pass (5370m), the highest point of the trekking brings us to arid landscape of Dolpo, leading us to the deepest lake of Nepal, Shey- Phoksundo Lake. Phoksundo National Park (3555km2)  holds faunas like grey wolf, musk deer, snow leopard, Tibetan sheep, shrub, Ghoral, jackal, blue sheep and floras like juniper, silver fir, rhododendron, hemlock, spruce, cedar, cordyseps, Artemisia  et cetera. Shey Gompa, nearby the Phoksundo Lake(145m deep) is 800 years old that has been one of the major tourist attractions in Nepal. Sinja in Jumla, geographically similar to Tibetan highland is known as the origin of Nepali official language.

Himalayan Wild Treks Pvt. Ltd is one of the prominent trekking agencies in Nepal with group of experienced and committed professionals. Do grant us opportunity to be a mediator in your life time adventure for Rara, Phoksundo, Kangma La, and Jumla– 23 Days.

Highlights of Rara Lake via Dolpo Phoksundo, Kang La, Jumla
The commencement of the trekking entails a brief sightseeing of the UNESCO World  Heritage Sites in Kathmandu Valley before a scenic flight to Nepalganj and Juphal. The venture in to completely unadulterated land of Rara National Park that holds a plethora of flora and fauna including Rara Lake is rewarding. Seasonally color changing  Rara Lake,which is the largest lake in Nepal is regarded as the heaven on  the earth . Phoksundo Lake, the deepest lake in Phoksundo National Park alongside 800 years old Shey Gompa is the owner of indescribable beauty. Moreover,  Phoksundo Waterfall born out of Phoksundo Lake is literally arcane.  Jumla is famous for Sinja Valley, that is where Nepali Language originated from. The view of the mountain massifs from Kang La pass in addition to the Bon and Buddhist follower’s warm hospitality enchants travelers. The entire course of the trekking  offers off the beaten trails in the west-northern Nepal’s land of peace and tranquility.

#Rara Lake via Dolpo Phoksundo, Kangmara La, Jumla Trekking Difficulty
Trekking in Dolpo, Phoksundo and Jumla is considered to be strenuous. There numerous slopes and steep ascents and three passes above five thousand meters. In addition, you will have to spend above 3500 meters for several nights. Some days can be longer than over six hours. The fact is that this is a camping trek, since there are no lodges on the trail. Trekkers have to take the physical strain to cover the journey. The trans-Himalayan region of Dolpo structured with serrated landforms includes innumerable ups and downs through the altitude of the mountain, which poses a certain level of difficulty, which in itself is adventurous as well as recreational.

#Rara Lake via Dolpo Phoksundo, Kangmara La, Jumla Trekking Best Season
May to end of October is the most famous or best season for Dolpo Phoksundo, Kangmara La, Jumla trekking. May to October is the most repeated time in which the frequency of the visits are found highest. With fifty mm annual rainfall, the region has earned a reputation as the best travelled trekking destination. During the monsoon, it may rain and sky may stay cloudy at times, but monsoon is regarded as the most recommendable time as the cost of the food and service goes amazingly down and the hoteliers agree to serve in discounted price. What's more, the you can take advantage of the less crowded environment.

#Rara Lake via Dolpo Phoksundo, Kangmara La, Jumla Trekking Physical Fitness
For any trekking, physical fitness is a mandatory factor. Physical fitness plays a key role in the level of ease or difficulty you feel on the trail. Basically you are not required to be super fit with muscular outlook, but if you are in a bad shape because of obesity, it's time you considered to attain fitness. As you will be hiking above five thousand meters through high passes at three different places, which has direct relation with your physical condition and stamina. Normally you are supposed to be just in a good shape to be able to walk six to seven hours a day at times and weather through physical strain. Even the trekking is the perfect destination for any fitness lover.

#Rara Lake via Dolpo Phoksundo, Kangmara La, Jumla Trekking Best Weather
Dolpo is located in the rain shadow area with hardly any rain through the year. The annual rainfall here is 50 mm. Quite similar to desert area, the trekking seems totally like a different kingdom. Doable trekking at any given time of the year, this trekking destination.  Because of the fact that Dolpo, Phoksundo, Kagmara La and Jumla area recieves the least amount of rainfall, it can be trekked all the way through a year. To be specific, Spring and Autumn weather has always been most satisfactory. Though this area cannot remain unaffected by the changes of the seasons, the weather for Dolpo trekking is favorable throughout the year.

#Rara Lake via Dolpo Phoksundo, Kangmara La, Jumla : How to reach
Technically stating, the trekking starts with a brief sightseeing of the major UNESCO World Heritage Sites in Kathmandu prior to a flight to Nepalgunj from where another flight to Juphal is taken and this is because of the unavailability of the direct flight from Kathmandu to Juphal. Thereafter, proceeding ahead, we traverse through Dunai, Chhekpa, Chunuwar, en route to Phoksundo, where we explore Phoksundo Lake and areas in the proximity. Then we move to Pungmo, Kangma Phedi, Toijum, Chaurikot, Gothichar, Jumla, Khali Gaon, Bulbule, Ghuchi Langa Pass, en route to Rara Lake heading then to Talcha, and Nepalgunj where the trekking formally comes to an end.

✅ALL Camping equipment during the trekking 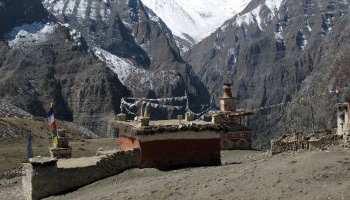 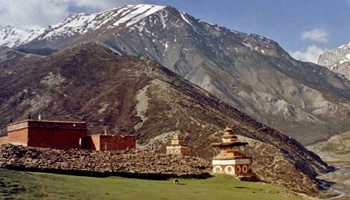 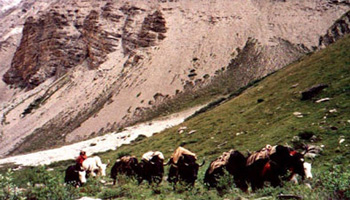 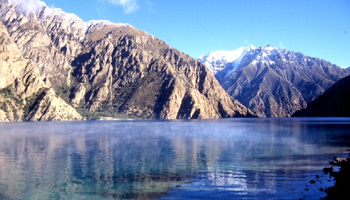 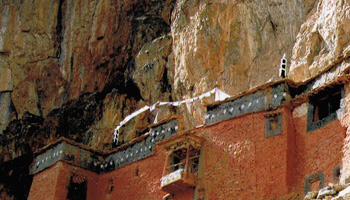